Office of the Premier

TORONTO — The province has officially broken ground on the Ontario Line Exhibition Station, marking the start of construction for the new subway line that will support the delivery of better and faster transit for the Greater Toronto Area.

“Our government has moved at unprecedented speed to start construction on the new Ontario Line subway,” said Premier Doug Ford. “This project will be a game changer for the city and region and is a key part of our plan to build the roads, bridges, highways and transit needed to move our economy forward.”

Today, the province also released the initial renderings of 14 stations along the 15.6 kilometre Ontario Line that will provide rapid transit between Exhibition/Ontario Place and the Ontario Science Centre. The initial station renderings show early planning and design concepts for the Ontario Line stations, which will connect to more than 40 other transit routes, including GO train lines, existing TTC subway and streetcar lines, and the Eglinton Crosstown Light Rail Transit line.

“Public transit plays a pivotal role in reaching our climate goals and reducing congestion on our roads,” said the Honourable Dominic LeBlanc, Federal Minister of Intergovernmental Affairs, Infrastructure and Communities. “The Ontario Line will be a major addition to existing transit options in the GTA, and will enhance commuters’ ability to get to their destination on time and with ease. We are pleased to be partnering with the Government of Ontario and the City of Toronto to deliver this transformational project.”

Upgrades at Exhibition Station will allow GO customers to continue to use the station during major construction for the Ontario Line. These upgrades include opening a new station entrance and exit from Atlantic Avenue, shifting the existing GO rail track and creating a new train platform. A temporary pedestrian bridge will also be constructed over the existing GO tracks to provide customers with additional safe access to trains between Liberty Village and Exhibition Place.

“Building public transit and critical transportation infrastructure has remained at the forefront of our government’s plan to build Ontario and create a better, more successful future for the people who live here,” said Caroline Mulroney, Minister of Transportation. “With all three levels of government at the table, we have worked at an unprecedented pace to move each of Premier Ford’s four priority subway projects forward. With shovels now in the ground on three of Ontario’s four priority projects, we are closer to providing better travel options, alleviating gridlock on our roads, and creating thousands of good local jobs.”

Ontario’s bold transit plan for the Greater Toronto Area includes a commitment of nearly $17 billion from the province for construction. Last May, the Government of Canada announced over $10 billion in funding for Ontario’s four priority subway projects in the Greater Toronto Area – the largest joint investment in transit in the region’s history – which includes the all-new Ontario Line, the three-stop Scarborough Subway Extension, the Yonge North Subway Extension and the Eglinton Crosstown West Extension.

“In 2019, Premier Ford announced Ontario’s plan for four priority transit projects in the Greater Toronto Area with a historic investment to expand the subway network by more than 50 per cent. In less than three years, our government, in partnership with the Government of Canada and City of Toronto, is thrilled to share that we now have construction underway on three of our four priority subway projects.”

“Today’s announcement brings our government another step closer in completing the largest subway expansion in Canadian history. By investing in public transit infrastructure, we are making it easier and more convenient for Ontarians to get to where they need to be. Our government’s forward thinking approach to building transit will provide people with the connections they deserve for generations to come.”

“This is an important milestone in the work all of our governments are doing together to get much-needed transit built. I want to thank the Government of Ontario and the Government of Canada for working with the City of Toronto to invest billions of dollars in transit in our city. The Ontario Line is a massive transit project that will be a challenge to build in our city but I am confident that we will get this done and deliver the transit that will help ensure Toronto comes back stronger than ever.”

“The Ontario Line will be a game-changer for transit here in Toronto and the GTA – it will bring 15.6 kilometres of new subway service to the city that will link up with more than 40 other transit options along the way, including GO trains here at Exhibition. These kinds of connections are going to help us speed up travel times and reduce congestion at key pinch points like Union Station. Breaking ground on these improvements puts us an important step closer to giving the people of Toronto the transit relief they need.” 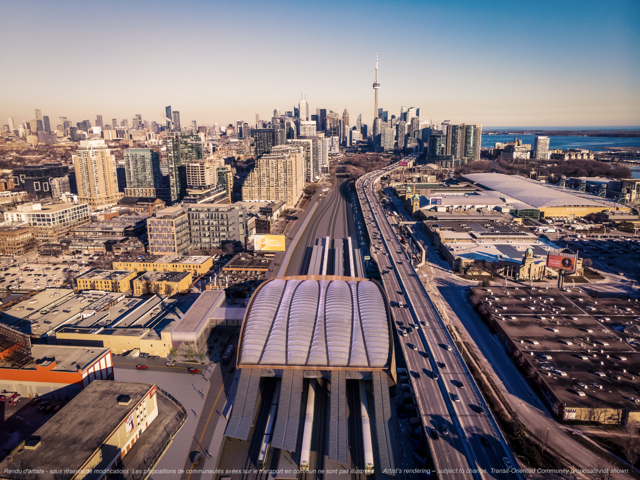 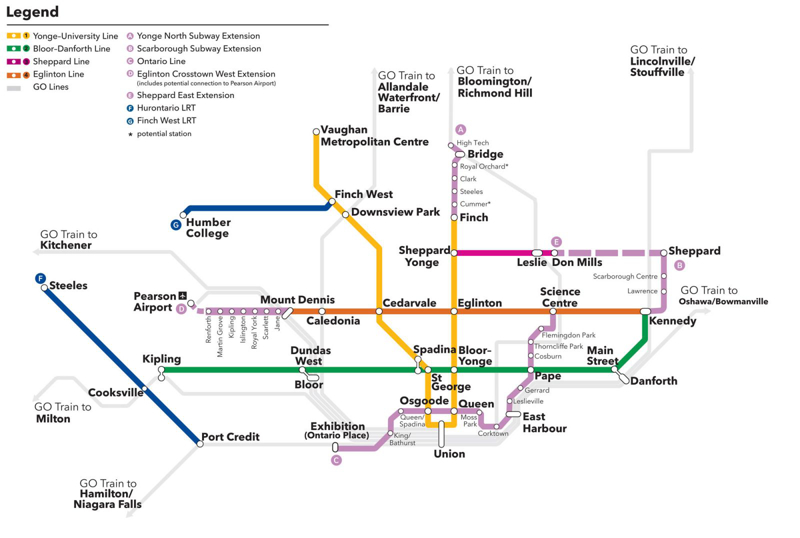 Information about Ontario’s economy and how to do business here. Includes economic development opportunities, research funding, tax credits for business and the Ontario Budget. Learn more

Learn about the government services available to you and how government works. Learn more

We’ve got the resource and supports to help connect job seekers with employers. Learn more